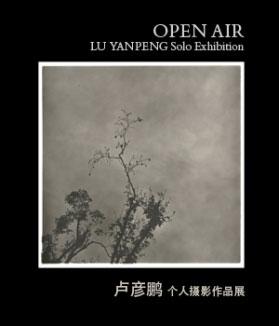 LU YANPENG was born in 1984 in Fujian Province. He graduated from the Art Institute of Fujian University in 2005 and since then he has participated in numerous exhibitions both in China and internationally. Lu Yanpeng awarded the prestigious Tierney Fellowship in 2009 and received the top award at the 2011 Pingyao International Photography Festival for Best Photographer for his work “Open Air”, being the youngest artist to ever receive this award. And In 2011 was nominated for the Foam Paul Huf Award. 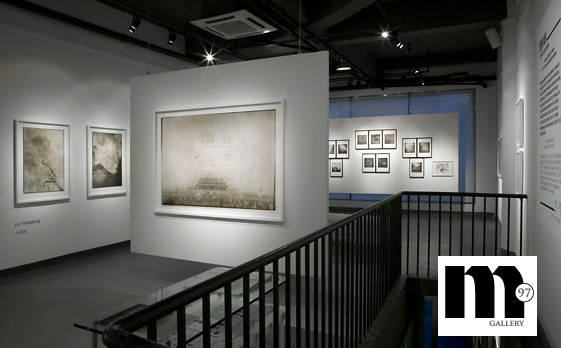 The young photographers on their joint solo shows 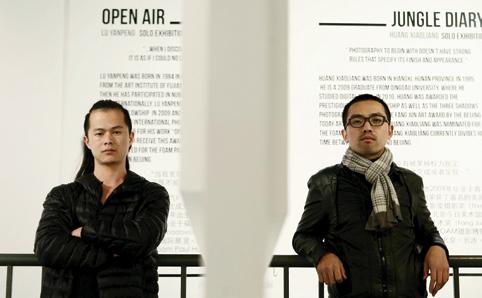 Young southeastern photographers, and one time studio-mates, Huang Xiaoliang and Lu Yanpeng use photography almost as illustration. Huang’s images combine ink and projections to create scenes that could have been inspired by the Brothers Grimm while Lu attacks the authority of the camera and, by implication, of memory through his uneven exposures.
In our interview with the pair Sam Gaskin finds that while Lu Yanpeng takes chemical baths, it’s Huang Xiaoliang who gets silhouette.

Lu Yanpeng and Huang Xiaoliang hold concurrent solo shows at m97 Gallery this month. Both artists are young photographers from China’s southeast – Lu, 28, was born in Fujian, and Huang, 27, is from Hunan – who now spend much of their time, like so many up and coming artists, in Beijing. Like their careers, Lu and Huang’s photos have much in common. Both create richly atmospheric grayscale images, but the differences between their motivations and methodologies are as clear as black and white.[...] 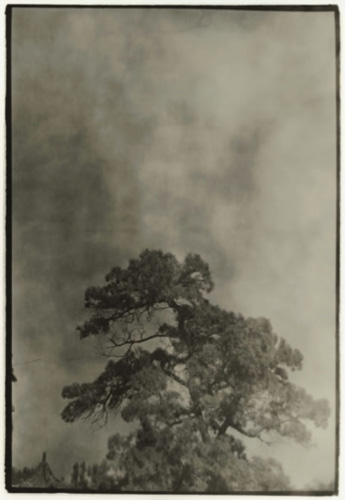 Interviewed separately, Lu Yanpeng, also sees this interpretive spaciousness in Huang’s work: ‘He deals with childhood and memory in ways that leave room for imagination. They’re fresh, inquisitive, interesting and poetic pictures.’
In turn, Huang says Lu’s works – sepia-toned shots of old Beijing roofs, trees, goats and birds, all of which look like they’re made not of shadows but solidified smoke – are ‘grander, evoking memory and emotion with greater aura.’
Lu, who started out as a painter, began his photography career with Memory Lost, a series of long exposures shot after dark that amplifies the detail and texture of night scenery and captures movement in smooth blurs. In his current series, Open Air, which won him the award for Best Photographer at last year’s Pingyao International Photography Festival, the smoky insubstantiality of the works come from Lu’s self-described ‘strange’ dark room developing process.
‘To a certain extent, it’s like painting in the dark room. I use my hands to feel the image as I develop it. Taking 5-30 minutes, or even longer, allows me more time to connect to the work, and for chemical solutions – self-blended, uneven, diluted, unstable – to affect the image.’
As with Huang, Lu chooses to shoot in black and white for reasons motivated by process as well as product. ‘I can develop black and white photos under weak red lights, while coloured photos can’t be exposed to any light. As much as I like darkness, I prefer to have a little light.’
Hoping to shed a little light ourselves, we asked Huang and Lu to pose a question to each other for this article, expecting them to hone in on interesting differences in their approaches. Instead, Huang asked Lu, ‘Would you eat hairy crab with me? In Shanghai or Xiamen?’ In reply, Lu told us , ‘I would like to ask him, Xiaoliang, why do you yearn to eat crab so much? Why?’ Huang tells us it’s because, ‘I rarely eat crab in Hunan, but I heard it’s an elegant thing to do. I would like to be elegant for once, ha!’
This reply , however facetious, helps to illuminate a difference in their work. There’s an A-ha immediacy to Huang’s photos, a horror movie mix of fun and fear, whereas Lu’s photos are more subdued and refined. The two artists are different dishes – if Lu is crab then Huang is more like hongshao rou – but at m97 you can try both courses.

Two of China's Most Promising Photographers at m97 Gallery

When viewed together, “Open Air” by Lu Yanpeng and “Jungle Diary” by Huang Xiaoliang generate a pervasively tranquil yet sinister atmosphere. Placing the two exhibitions in proximity thus seems like a natural choice. They form a cohesive and a strong showcase from m97 Gallery this season.
Born in Fujian, Lu graduated from the Art Institute of Fujian University in 2005. Through his work he aims to capture “the forgotten split seconds” that “never stop existing” once photographed. His 24 images on display make up “Open Air” -the show that won him last year’s prestigious Best Photographer award at the Pingyao International Photography Festival. 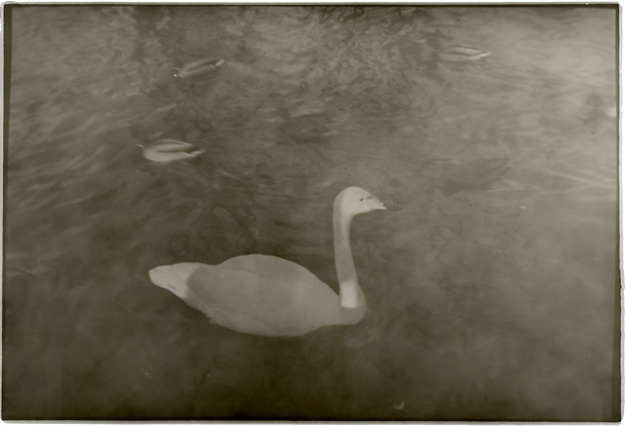 The images, which share a foggy, blurry effect, are beguilingly similar upon first scan. Examine them more closely, though, and finer individual details emerge. Lu reveals dank mountainsides wreathed in mist and vintage-looking vistas flecked with birds and sepia pagodas. The results are slightly stifling, as the viewer struggles to see beyond the metaphorical fog.
The photographs are split into three groups. Fourteen square images inhabit one wall, depicting pastoral glimpses of mountains and trees. Five rectangular photographs are arranged on a second wall, the most striking being Swan at the Beiijng Zoo, in which a blurry white bird is captured on film, passing through the shot. The four remaining images include two of withered branches, plus a wide-scale view of Tian’anmen Square through a filter -so faint that it is tough to see.
Hunan-born Huang Xiaoliang’s photos in “Jungle Diary” parallel Lu’s collection in their experimentation with filters and effects to create an almost mournful atmosphere. But Huang adds strong black silhouettes of people and objects. Cable cars, tourists and Spring Festival items feature against whimsical, wispy backdrops. One of the most haunting is Warmth Yet Not Love (main image at the top of the article), in which a small child looks out through a magical glade onto a cloudy but bright sky. Many of Huang’s photographs channel traditional Chinese elements such as a rural marriage ceremony, the character fu (福) and a fish-shaped kite. Others show anonymous groups of people, either in the main frame or on the sidelines, as if to imply that humanity is irrelevant. Like Lu Yanpeng, Huang has won quite a few awards for his work, including the Three Shadows photography prize, the Tierney Fellowship and the Fang Jun Art Award. Photography fans will want to keep these two young artists on their radar.