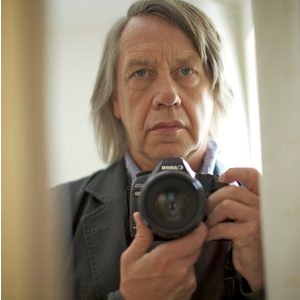 Born in Wales in 1952, I became interested in film and photography at a young age. As a child I lived in a large house whose dramatic landscaped grounds were where I created my own imaginary world and where I made my first images and films. It was where I built a small puppet theatre. I was initially inspired by the documentary work of Bill Brandt, Ian Berry and David Hurn. It was after seeing for the first time the work of Cartier Bresson that I decided that I was going to be a photographer.

The Coast series depicts a landscape that implies a powerful and mysterious presence- a landscape that suggest hidden narratives and events, a territory where something has happened or is about to happen. The images are positive. The work is composed with references to contrasts; photographs present spaces of symbolic and historical importance. The landscape that has traditionally been portrayed as being unified and harmonious is instead portrayed as confused to express conflict between expectation and reality. My work combines reportage and fine art disciplines. Photographs of real situations are constructed with classical representational composition. My images are tinged with nostalgia and childhood thoughts and dreams, influenced by the magic and mysticism of Welsh Mythology.