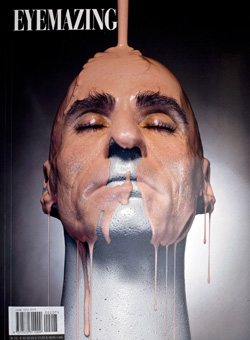 This part of my work is not about the body or about the nude," says Virgil Brill, referring to his series 'Incantations'. "Of course you can see there is a woman and that she is naked. But what you can also see is that I'm not interested in showing this woman according to the nude manner. It's rather a meditation on the wonderfully strange bond of love. I am trying to explore this mystery but know that, whatever I disclose, it will remain a mystery forever."

Brill started this ongoing series in 1999. It features his wife, Véronique, an installation artist who makes "land art", such as installations of huge rocks, evoking people, on cliffs, beaches and in the shallow waters of the sea. The couple live in Toulouse in the south of France and were in Montalivet near Marseilles, where Véronique was planning to make an installation, when Brill started taking these black and white, sensual images.

Montalivet happens to be a naturist holiday resort. It is the sort of place that Michel Houellebecq's sex-crazed character Bruno in the novel 'Atomised' might have visited. But unlike Houellebecq, Brill has an optimistic, romantic and uncynical view of love. The images are romantic in the most honest sense; they're one man's tribute to his wife and the love that he feels for her. Véronique is not merely the subject of the photographs, but also Brill's muse and inspiration.

The images were taken in a small forest next to the ocean, where Brill photographed his wife as if she were trying to be only half-attentive, or half-oblivious, to her husband's camera. He wanted the images to be as natural and as unstaged as possible.

"I never want anybody to pose for me. I think a photographer asking somebody to strike a pose is laughable and ridiculous. You just think, 'Why is she posing like that?' I say to my model, 'Can you go the left or the right, without looking back at me?' I never tell her at what moment I am going to take the shot, so there's that element of surprise."

This entails Brill capturing his wife on film within carefree but concentrated moments, and framing the images within the trust and intimacy of their relationship.

"There are many sessions," he continues, "I usually do very short sessions of around 20 minutes, during which time I'm very focused. After that, I'm exhausted like a man who has been running in a race."

While Brill does not categorise the images in the nude genre, he feels that the role of nudity – or rather the absence of fashionable clothing – creates a sense of timelessness. "I'm not a fashion photographer and I have little interest in clothes," says Brill. "I like forests, shores, hills, paths and the clouds that float by. I've always felt that the intrusion of human beings with their garments on spoils everything and that bothers me. A horse or a crow blends with nature, and so does a human being – providing he or she is naked. Quite frankly, the so-called dignity of somebody wearing Bermuda shorts or a three-piece suit evades me completely!"

Brill started taking photographs in the 1960s, abandoning his first passion, which was painting, for photography. He recalls sitting on a beach with a friend and noticing a young, pretty girl coming out of the water, drops of water falling off her body. "And I asked my friend to lend me his camera. That was the first time that I put my eye in a camera and framed a photograph. It was a magical discovery." For the next 30 years Brill worked in commercial photography but changed direction again in 1992, when he decided to orient his energies towards fine art photography.

By carrying out several solarisations, in the tradition of Man Ray, Brill makes his prints appear elusive and ethereal. "Little by little in the dark room, I felt as if I was being chased and surrounded by moving shadows. In order to chase those shadows away, I started doing multiple solarisations. I finished my last one in the midday sun to achieve the most discreet traces of grey. When I'm developing my prints, I'm very calm and tense at the same time."

Later, Brill scans the solarised prints onto his computer. "I work on several layers, like a painter applying several layers of paint. It's a progressive, time-consuming process. My aim is to have several layers of grey subtly contrasting with each other."
As with his series 'Fairies', which features naked women and children dancing and walking in a forest, Brill creates images that are imbued with a desire for sensuality and freedom. Brill is a libertarian, portraying a woman whose waist-length hair is swaying in the wind, as she stands amidst forest ferns and empty beaches on breezy, summer days.

Yet as we look at these images of his beautiful wife, her hair sometimes partially masking her face, we wonder where she's going, if there's a story Brill wants to tell. Indeed, the French novelist Jacques Serena was sufficiently inspired by the images that he wrote a short story, using the images as the starting point, to accompany Brill's book 'Le Ruisseau', meaning 'The Stream'.

But Brill is adamant that his images do not have a narrative aspect. "I have something rich, hidden and mysterious that I want to unveil," explains Brill. "But I am not telling a story. It's my wife as I naturally see her, and it's also the way that I dream about her. It's about dreaming through your manner of knowing someone." 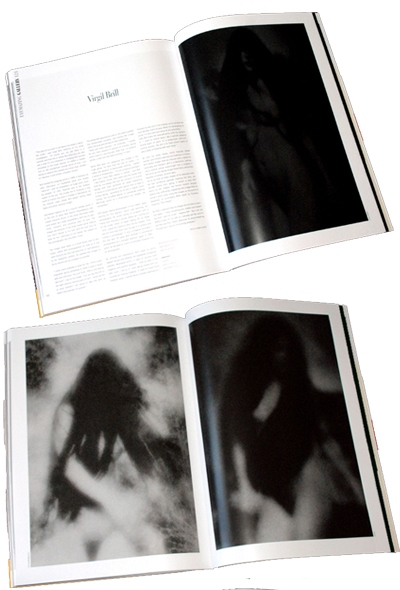 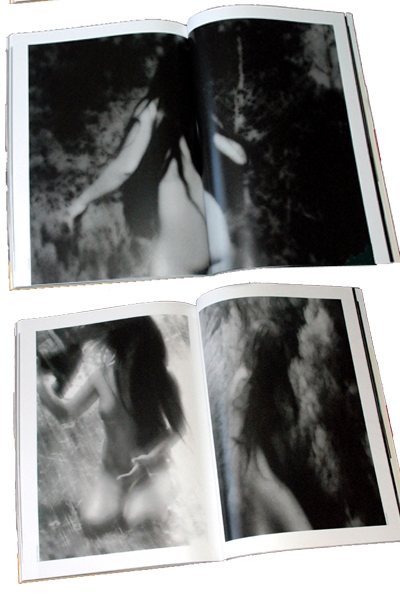